Median Tissue Culture Infectious Dose (TCID50) assay is commonly used for influenza virus quantitation. This assay works via inoculating MDCK with a serial dilution of the virus sample in a 96 well plate. Cells show morphological changes upon infection with viruses or cell death, called CPE. After 72 hours infection, a cell-based ELISA assay of NP testing is applied to classify the viral infection. The dilution, at which 50% of the wells show a CPE, is used to calculate the TCID50 of the virus sample. It is calculated by the Reed-Muench method and expressed as TCID50 / ml. 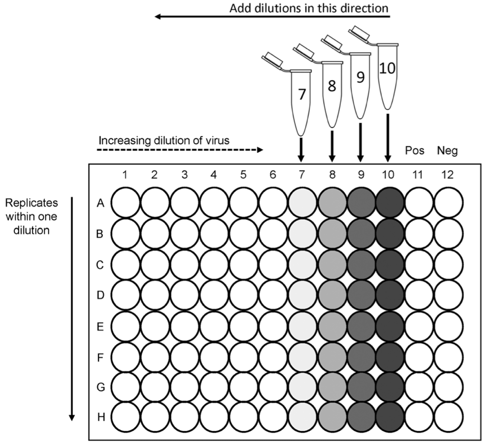 Table 1. Calculation example of TCID50 by the Reed-Muench method

Similar with TCID50, median egg embryo infectious dose (EID50) is another commonly used assay for influenza virus quantitation, which is performed with SPF eggs. The serial diluted virus samples are inoculated into eggs' allantoic cavities. After 72 hours inoculation, testing the virus positive or not in the allantoic fluid with hemagglutinin assay (HA). The dilution, at which 50% of the inoculated eggs are HA positive, is used to calculate the EID50 of the virus sample. It is calculated by the Reed-Muench method and expressed as EID50 / ml.

Plaque assays are used to quantitate influenza viral titers on canine kidney cells (MDCK). The serial diluted Influenza viruses/samples infect monolayer MDCK cells on a six-well tissue culture dish. After 1-2 hours incubation, the cells grow under a semisolid overlay medium (agar) containing trypsin. During the 72 hours culture, plagues show up as virus particles infect cells, propagate, and then kill the cell. Budding out virions can only infect neighbor cells, causing them to die. Then the visualized spots appear obviously by crystal violet staining after cell fixation. The plague assay measure the virions units by PFU/mL. 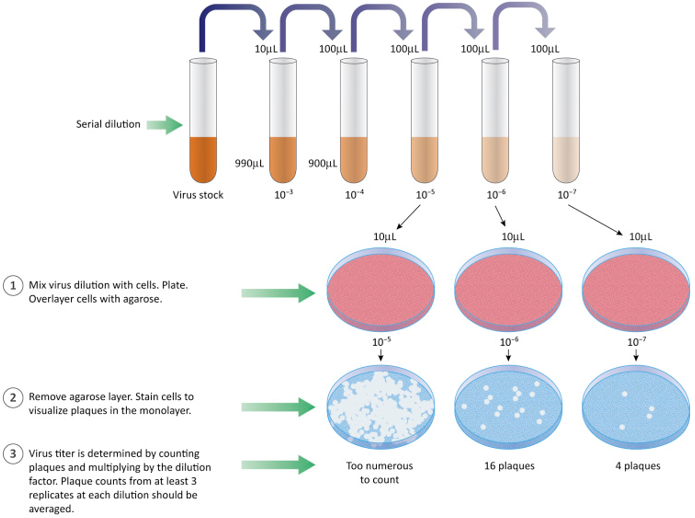 LD50, lethal dose 50, is the dose which causes the death of 50% (one half) of a group of test animals. It was developed in 1927 for the biological standardization of dangerous drugs. For influenza viruses, LD50 is evaluated on mice and/or avian. Most of human original influenza strains cannot propagate on mice without mouse-adaption. So, it is important to figure out the strain for the appropriate animal model. As natural hosts and reservoir, influenza viruses infect avian and propagate in avian bodies well. LD50 titers are determined by inoculating SPF animals with serial 10-fold dilutions of virus and calculated by the method of Reed and Muench as well. The values are expressed as the EID50, TCID50, or PFU corresponding to 1 MID50 or LD50.

The most recent influenza pandemic occurred in 2009, which was caused by the swine original H1N1 influenza virus. In 2013, the triple reassortment H7N9 influenza infected more than 100 humans and caused 36 death cases. It is continual reported that H5N1 and H5Nx viruses infect human cases every year. Creative Diagnostics offers influenza virus (BSL-2 level) evaluations on animal models, including mice and ferrets.

The process of antigen and antibody binding is called agglutination. Multiple assays based on antibody-antigen agglutination on the virology field are developed. Enzyme-linked immunosorbent assay (ELISA), hemagglutinin inhibition assay (HAI), and micro-neutralization assay are the classical methods for the influenza study, which are high-through put in 96- or 384-well microplates with the advantage of relevant machines and workstations.