Influenza viruses belong to the Orthomyxoviridae family of RNA viruses. The influenza virus is an enveloped virus whose genome consists of segmented single negative‐strand RNAs encoding surface glycoproteins (HA and NA). HA attaches to cell surface receptors and initiates virus entry into these cells. NA is an enzyme that helps the virus replicate and release the virus from the host cell. Therefore, viral glycoproteins play a crucial role in the virulence and pathogenesis of influenza viruses. Influenza virus strains are divided into A, B, C, and D types. Most flu epidemics are caused by one or two influenza viruses. Influenza A is the most common flu infection during the flu season, causing mild to severe illnesses affecting people and animals. Influenza B infection is highly contagious and can sometimes cause serious illness. Type C virus primarily infects humans and causes disease in some animals, such as swine. Influenza C virus causes mild upper respiratory symptoms, sporadic cases, and mild localized outbreaks. Type D virus primarily affects pigs and cattle and is not known to cause human infection. Type A viruses can be classified according to antigenic changes in HA and NA antigens. To date, 16 HA antigenic variants and 9 NA antigenic variants have been identified. Furthermore, several HA and NA combinations are possible as subtypes (e.g., H1N1, H5N1, H7N9). Unlike influenza A viruses, type B viruses are not classified into subtypes.

Influenza viruses with different degrees of pathogenicity should be handled in a biosafety laboratory with the corresponding level. For example, work on the H5N1 virus should be conducted at least at biosafety level 3, with specific enhancements to the protection of workers, the public, animal health, and animal products. Serological testing plays a key role in identifying mild and asymptomatic infections caused by influenza viruses. Previous studies have developed a combination of serological assays, including microneutralization assay (MN), hemagglutinin inhibition assay (HAI), enzyme-linked immunosorbent assay (ELISA), and western blotting assay (WB), to detect human anti-influenza virus antibodies. However, compared with H5N1 virus infection, many studies using classical HI and MN serum antibody detection methods have shown that H7 subtype virus infection usually induces low titers of anti-H7 antibodies. Therefore, a comprehensive evaluation of the sensitivity and specificity of different serological assays to detect human antibodies to the H7 virus, especially the H7N9 virus, is still needed. 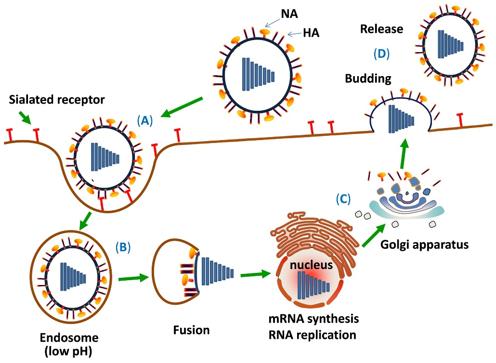 Figure 1. The life cycle of an influenza A virus.

Unlike most RNA viruses, influenza viruses replicate within the host cell nucleus. Their replication cycle can be divided into the following stages (Figure 1): attachment to host cell receptors; entry into the virus by endocytosis; release of the viral nucleocapsid into the cytoplasm by fusion of viral and endosomal membranes (regulated by low pH in the endosome); entry of viral negative-sense RNA to nucleus; primary mRNA transcription by viral polymerases; transport of primary mRNA transcripts into the cytoplasm and subsequent translation to produce new polymerase, NP, NS1, and NS2 proteins; transport of newly produced viral proteins back into the nucleus to initiate genomic replication and secondary mRNA transcription; assembly of viral ribonucleoprotein complexes in the nucleus and export to the cytoplasm; release of new virions from infected cells by budding from the apical side of the cytoplasmic membrane.

Widespread vaccination and optimal use of antiviral drugs should significantly reduce hospitalizations and deaths attributable to influenza. Two classes of antiviral compounds, M2 inhibitors and neuraminidase inhibitors, have been developed and have been shown to be effective in preventing and treating susceptible influenza viruses. A series of new antiviral compounds are being developed that offer the advantage of either parenteral delivery, enhanced duration of action, or novel mechanisms of action. Unfortunately, resistance to these agents can develop and persist in circulating strains. Creative Diagnostics supports clients in influenza virus antiviral research and development with extensive knowledge to characterize antiviral agents.